Revealing Brighton and Hove’s hidden past

They died so far from home.

On the second Sunday in June of each year, at 1400 hours, a half-hour commemorative service is held at the Chattri Memorial near Patcham, for Sikh and Hindu soldiers who died whilst in hospitals in Brighton and Hove during the Great War 1914 – 1918.

Fifty Three bodies were cremated at the Chattri, their ashes were then taken to be scattered in the sea. Nineteen Muslim bodies were taken from Brighton by ambulance to The Shah Jehan Mosque in Woking for burial. During the 1960s these bodies were removed to Brookwood Military Cemetery in Surrey due to vandalism. 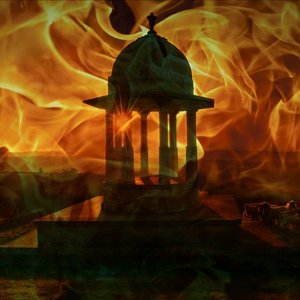 To the memory of all Indian soldiers who gave their lives for the King-Emperor in the Great War, this monument, erected on the site of the funeral pyre where Hindus and Sikhs who died in hospital at Brighton passed through the fire, is in grateful admiration and brotherly love dedicated

Other stories in the 21st Century

Theme by Anders Noren — Up ↑